A total of 42 per cent of respondents calculated overall costs of building materials and supplies would jump by more than 20 per cent.

As Quebecers prepare for another home renovation season, a survey suggests problems with the supply or availability of construction materials could see consumers pay substantially higher prices for their improvements. 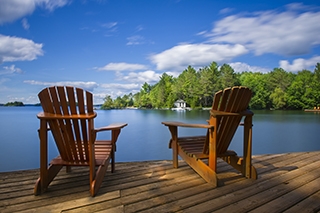 A telephone survey last month of 750 Quebec construction firms conducted by Léger Marketing suggests that since the COVID-19 pandemic first made itself felt here in March 2020, a little over four out of five entrepreneurs have encountered problems including delivery delays, delays in transporting materials to construction sites as well as stock shortages and low inventories on the part of local suppliers. Items most affected by supply problems, in order of severity, are doors and windows, lumber, plywood, roof trusses, joists, engineered wood products and plumbing supplies.

Survey participants also predicted problems with the supply of aluminum, concrete, steel, drywall and asphalt clapboard, a rarity that will result in considerable price hikes for what’s available.

A total of 42 per cent of respondents calculated overall costs of building materials and supplies would jump by more than 20 per cent, while 22 per cent predicted a hike between 10 to 20 per cent. A second Léger poll conducted in December of 1,000 respondents found that since last March, 65 per cent of homeowners had conducted renovations, most of the work focusing on patios, terraces, balconies and landscaping, but including plumbing and electrical upgrades as well as roofing and insulation work.

The survey suggests two out of three respondents expect to perform some kind of renovation work by September. Meanwhile, a little more than half of the entrepreneurs polled (51 per cent) predict that over the same time period they will be just as busy as they were last year, while 29 per cent expect they will be even busier.

Meanwhile Richard Darveau, head of the Association québécoise de la quincaillerie et des matériaux de construction, says that hardware outlets and renovation centres will be better stocked this year, having become more familiar with dealing with the health protocols required by the pandemic. Jean-François Samray of the Conseil de l’industrie forestière du Québec says the polls’ findings when it comes to the supply of lumber should be a signal to the province to review its forestry policies to meet the needs of the province’s entrepreneurs and consumers.

The organizations that commissioned the two polls are urging consumers, entrepreneurs and employers to expect and provide transparency when it comes to providing estimates, particularly when it comes to delivery delays, and be ready to include price adjustment clauses to their offers.